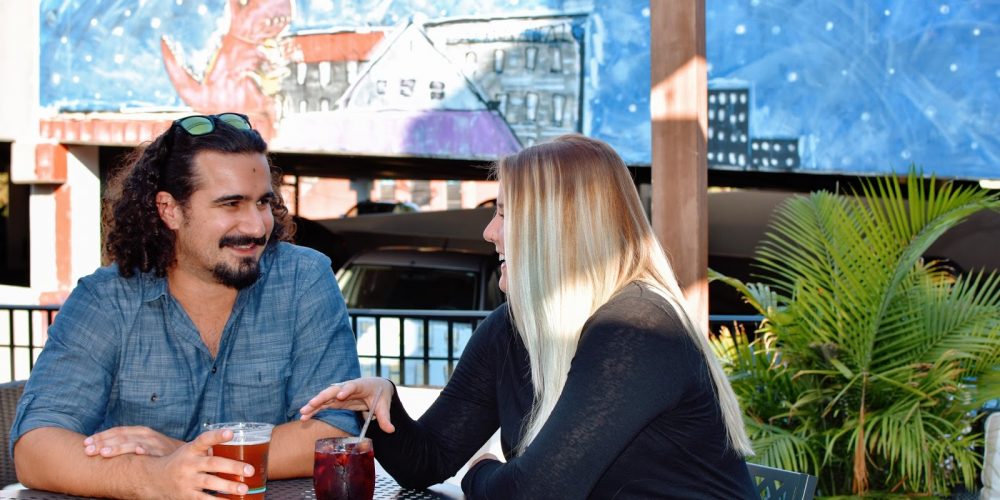 After attending college in Pittsburg and working in financial services there, Frederick native Erik Moore didn’t immediately leap at the chance to return home and join the family business. “Pittsburg’s just bigger, so there was a little hesitation,” says Erik, the Financial Planning Services & Analysis Manager with Moore Wealth, Inc., a concierge wealth management firm with offices in Downtown Frederick.

But Erik, who grew up in Spring Ridge, didn’t immediately rule out a homecoming, either. “I’ve never lived in Frederick as an adult and so there was a lot I hadn’t experienced before,” he says.

A lot of those experiences are brand new, too. Frederick – especially downtown – isn’t quite the same place he knew as a teen. “There’s a lot of stuff coming to Frederick that’s appealing to people my age,” says Erik, “the new rooftop bar at Brewer’s Alley has been a real hit.”

So, after a few trips home to sample the scene, Erik and his fiancé made the move from Pittsburgh to Frederick in November of 2016. And while he grew up in the suburbs, they decided to make downtown their new home. “The office is here, so that made it easy. Plus, for someone my age, the other areas aren’t as vibrant,”says Erik.

And whether it’s downtown’s renowned restaurant scene or its growing number of craft breweries and distilleries, other people Erik’s age are picking up on the vibe, too. “I’ve noticed that there are a lot of people looking to move back: they’re working in Baltimore or they’re working in D.C. and they’re looking to return,” he says.

KEEP IN TOUCH WITH MOORE WEALTH!