post-title Kids in the City: Susan and Jeremy Kelley

Kids in the City: Susan and Jeremy Kelley 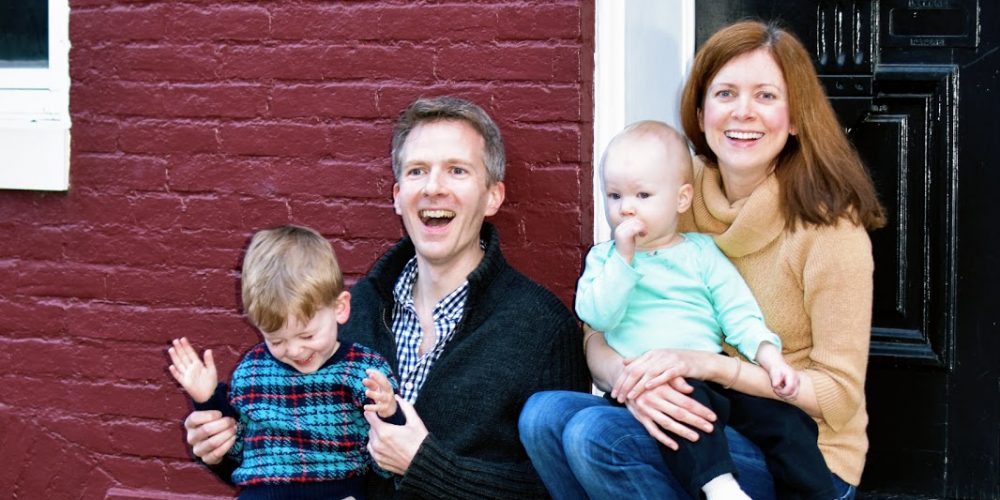 Like a lot of new parents, the birth of their first child meant it was time for Susan and Jeremy Kelley to trade their small starter home in on a bigger house. But the couple, who’d spent the past decade living in a turn of the century row house across Patrick Street from the fairgrounds and a few doors down from the house Patsy Cline once called home, didn’t head to the suburbs. Instead, they bought a three-story detached townhouse on E. Second Street. “We’d always wanted to be closer into downtown,” says Susan. And the fact that they had a toddler didn’t discourage them. “So many people feel like they need to disengage when they have kids and I felt like we need to engage more,” says Jeremy.

Once a boarding house, the home is currently divided into three units. The largest apartment, which meanders over all three levels, is home to the couple and their two children – Jack and his little sister Jane, who was born after the move. “What I like about this house is that it’s a house we can grow into,” says Jeremy.

But in the meantime, the home’s other two units house rental tenants and provide a welcome income stream to the homeowners. “The apartments pay the mortgage and Susan’s able to stay at home because of that,” say Jeremy, a chemical engineer who works for a local air conditioning manufacturer.

Not that she and the kids stay home all that much. “Being able to just step out the door and see things is great,” says Susan, a clinical dietician; “the library’s huge, Dancing Bear has activities for little kids.” And there’s never a shortage of playmates, either: “a lot of people who don’t live downtown want to come down for play dates,” says Susan.