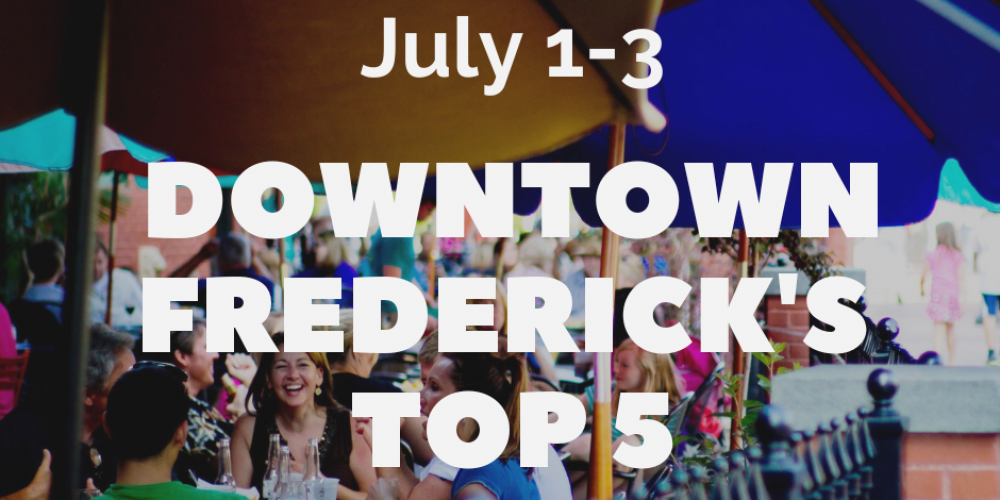 With Independence Day just around the corner, you know that Downtown Frederick will be hopping this weekend! From Summer Daze with all the games, including cornhole, four square and hopscotch to a world cultures festival and family ice cream social. We’ve even got a historic civil war walking tour and a concert certain to get you movin’ and groovin’. We’ll see you Downtown!!

Around the World Cultural Festival

The Asian American Center of Frederick is hosting the “Around The World Tour” event! Come dressed in your heritage outfit to represent your culture and have your name written in different languages. There will be live performances, music, dance, arts and crafts, retail, food, interactive activities and more! Join us for a lovely day filled with culture and entertainment by the creek in Downtown Frederick!

This event is free, but RSVP here for reminders and updates!

Join us on July 2nd at Gravel and Grind for the first ever Summer Daze event where we get nostalgic playing the games that made us.

Four Square, Hopscotch and Cornhole will be the games featured this time around. Usual deal, bike rentals, coffee, and yes, adult beverages available. Park and come on in to get your place to play!

The event entrance will be through the Bookery on 24 East Church Street, Downtown Fredrick.

This is a free event – donations are appreciated.

Join us for another evening of live original tunes under the stars with popular genre-bending jam band Sunniva! Indie-pop group PomPoms will kick off the show.

Sunniva makes indie-alternative-world music-psychedelic-progressive-rock. What the what? Just come to Sky Stage and hear for yourself! Sunniva is comprised of songwriter Danniel B. Knight on vocals and guitar and his brother Conner Knight on bass, Patrick Harman on drums, and Colin Shultzaberger on keys. Pom-poms are a Maryland-based indie quartet with a soulful vibe. The band includes Danni Sheron on vocals and guitar, Noah Hawes on guitar and vocals, Quinn Ketteringham on bass and vox and David Lopez on drums.

Join Director of Education John Lustrea on a guided walking tour of Downtown Frederick on Saturday, July 2 at 2:00 PM focused on what it was like to visit Frederick during the Civil War. Tickets are $15 and include admission to the National Museum of Civil War Medicine in addition to the walking tour. Tickets are free for Museum members, but you must still reserve your spot. Reservations will be accepted on a first come first served basis. Click below to buy your ticket today.

Frederick had a population of 8,000 residents on the eve of the Civil War. Over the next four years, hundreds of thousands of soldiers, surgeons, and patients passed through this border town. This First Saturday walking tour will discuss the sights, sounds, and tastes recorded by people from across the nation who visited Frederick for the first time during the Civil War. Find out what they had to say and where they went on this walking tour – “Just Passing Through: A Traveler’s Guide to Civil War Frederick.”