A Few Good Men at the Weinberg Center for the Arts 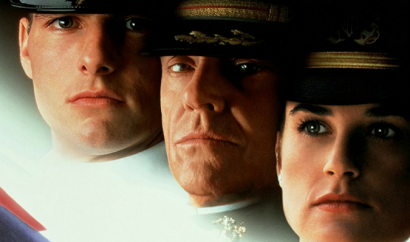 Lieutenant Daniel Kaffee is a young Navy lawyer who has never seen the inside of the courtroom. For his first case, he must defend two Marines stationed at Guantanamo Bay who have been accused of murdering a colleague. Tensions arise between the inexperienced and lazy Kaffee — who wants to arrange a plea bargain — and another lawyer, Lieutenant Commander JoAnne Galloway — who believes the case should go to court. Kaffee eventually agrees to go to trial when evidence arises that the accused Marines were given a mandatory “code red” command from their superiors to violently haze the victim.