An Evening with Dailey & Vincent 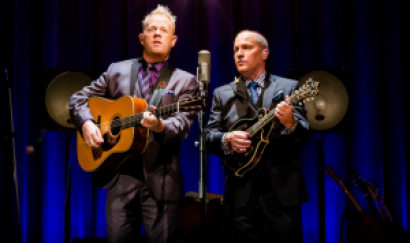 “The rock stars of bluegrass.” –CMT

“The most electric combination of country and bluegrass today!” –Billboard

Hailed by CMT as “the rock stars of bluegrass,” the dashing Dailey & Vincent are known as one of the most exciting, reputable, and elite bluegrass duos in America. Their uniquely riveting music has garnered a series of accolades, including three GRAMMY® Award nominations, 14 IBMA Awards, and a recent induction into the Grand Ole Opry. With feel-good tunes and contagious laughs, it’s a one-of-a-kind concert event you won’t want to miss!