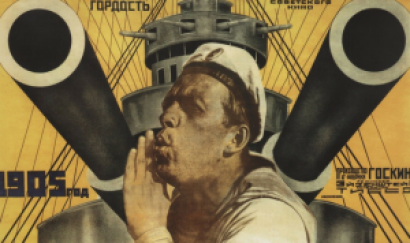 A dramatized version of a 1905 mutiny at sea, this film experimented with the influence of propaganda on political thought. Featuring live accompaniment on the mighty Wurlitzer organ!

Based on historical events, a riot at the battleship Potemkin occurs in 1905 inspired by the ongoing revolution against the Russian imperialist government. What started as a protest strike when the crew was given rotten meat for dinner spirals into a full-blown riot, pitting crewmen against officers. The sailors’ riot spills overboard and brings the revolution to their home port in Odessa.