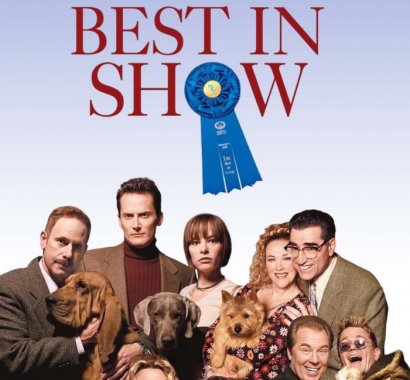 Best in Show is a 2000 American mockumentary comedy film, a spoof on American dog shows, co-written by Christopher Guest and Eugene Levy and directed by Guest. The film follows five entrants in a prestigious dog show, and focuses on the slightly surreal interactions among the various owners and handlers, as they travel to, and then compete, at the show.