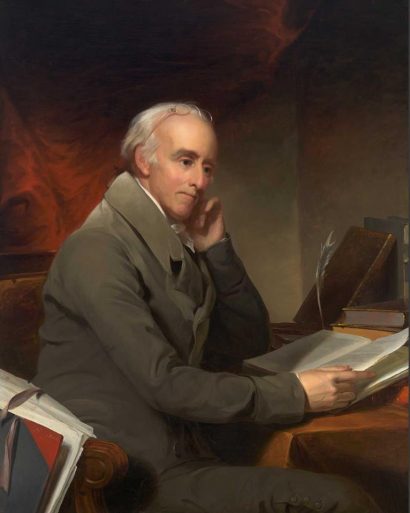 Join Dr. J. Richard Casuccio on Saturday March 2 at 2:30 PM as he discusses an often forgotten signer of the Declaration of Independence who changed American medical history forever – Benjamin Rush.

Benjamin Rush was a man born and educated in the 18th century, and a true apostle of the Enlightenment. He was a caring physician, an educator, an outspoken abolitionist, and a feminist who felt that women should be educated. He promoted public health and personal hygiene, quarantine for contagious illnesses, and vaccinations for all. He pleaded temperance for both alcohol and tobacco, crusaded for prison reform, and recognized mental illness as an illness that should be diagnosed and treated as such thus, Rush became the Father of American Psychiatry.

Above all, he was a man of honesty and integrity, who, on occasion, was at odds with the more recognized Founders, Washington, Adams Jefferson and Henry. He was their doctor and, occasionally, their conscience.

Rush, the physician, the politician, the philosopher was one of the catalysts who took United States out of the 18th century and pushed it toward the 20th century.

The presentation is included with museum admission and FREE for museum members.

Dr. J. Richard Casuccio has spent over 40 years working as plastic surgeon in private practice and later as an assistant professor at West Virginia University where he now practices at the University’s Eastern Campus. He has published and presented dozens of medical papers throughout his career. Dr. Casuccio has always been interested in medical history. His recent focus is on colonial medicine with a specific interest on the life of Dr. Benjamin Rush.