Deciphering the Illness of “The War Outside My Window” 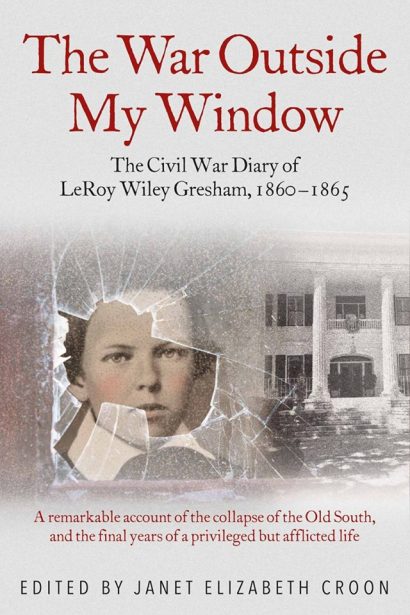 Hear the experience of life on the home front in Georgia during the Civil War through the eyes of LeRoy Wiley Gresham.

Come to the National Museum of Civil War Medicine on Saturday, July 20 at 2:30 PM to hear about the short but well documented life of LeRoy Wiley Gresham – one of the most remarkable stories of the Civil War.

LeRoy Wiley Gresham left behind a historically significant set of journals when he died at age 17 in June of 1865. Beginning at age 12 in 1860, he wrote almost daily about the impact and progression of the Civil War on his hometown community of Macon, Georgia. But he also wrote, unknowingly, about the progression of the disease he carried within that would cut his brilliance short.

Editor Janet Croon discusses the story of how LeRoy’s illness was diagnosed over 150 years later as she worked to prepare the dairy for publication.

Janet Croon recently retired from teaching advanced high school history in Fairfax County, Virginia. She holds degrees from the University of Illinois in Political Science, Modern European History, and Russian Language and Area Studies and the University of Dayton in International Relations. She taught World History and Twentieth Century Topics in the International Baccalaureate Programme, for which she also did some contract work as a program moderator and student paper examiner.