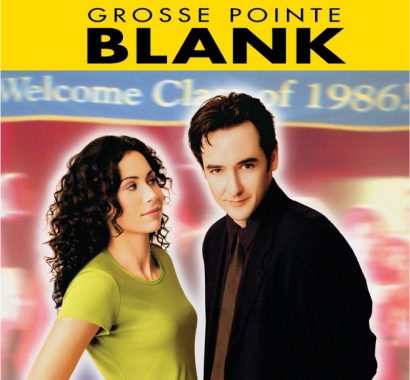 In this 1997 black comedy crime film directed by George Armitage, after assassin Martin Blank (John Cusack) has trouble focusing on his work, resulting in a failed assignment, he returns to his hometown, Grosse Point, Mich., for his 10-year high school reunion. There he meets Debi Newberry (Minnie Driver), an old girlfriend that he stood up for the prom. Martin’s secretary (Joan Cusack) sets up a hit for him while he is in town, but Martin starts to reconsider his life. Meanwhile, he is hounded by an unstable rival hit man, Grocer (Dan Aykroyd).