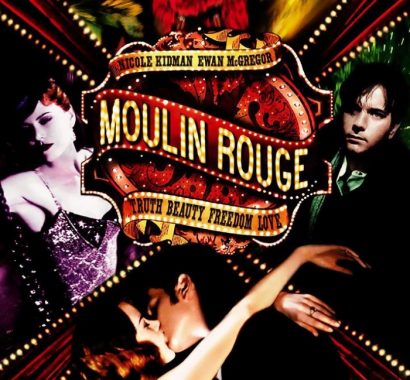 Moulin Rouge is a musical romantic drama directed, co-produced, and co-written by Baz Luhrmann, that blends well-known popular music with a tale set in a turn-of-the-century Paris cabaret. It follows a young English poet, Christian, who falls in love with the star of the Moulin Rouge, cabaret actress and courtesan Satine. The film stars Nicole Kidman and Ewan McGregor and was praised for Luhrmann’s direction, the performances (particularly from Kidman), its soundtrack, costume design, production values and was nominated for eight Academy Awards.