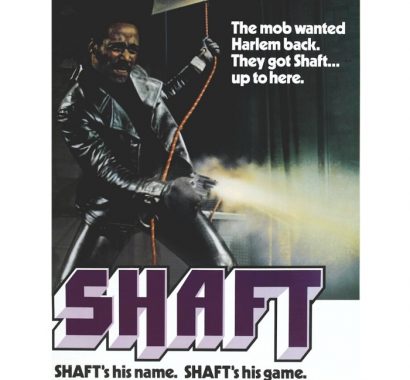 Shaft is a 1971 crime action film adaptation of Ernest Tidyman’s novel of the same name and stars Richard Roundtree in the title role. The plot revolves around a private detective named John Shaft who is hired by a Harlem mobster to rescue his daughter from the Italian mobsters who kidnapped her.  A prime example of the blaxploitation film genre Shaft was selected for preservation in the United States National Film Registry by the Library of Congress for being “culturally, historically, or aesthetically significant.”