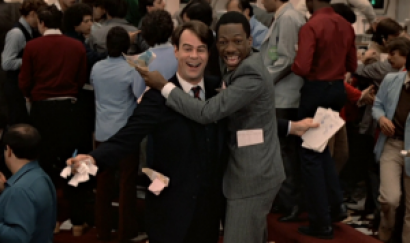 Louis Winthorpe is a well-off businessman who bickers with his bosses about whether it’s a person’s environment or heredity that determines how well they do in life. When Winthorpe bumps into street hustler Billy Ray Valentine, he assumes Valentine is trying to rob him and has him arrested. Upon seeing how different the two men are, Winthorpe’s bosses at the firm decide to make a wager about what would happen if Winthorpe was stripped of his job, home, and social life while Valentine was given Winthorpe’s job. Hilarity ensues when each tries to adhere to the other’s lifestyle.