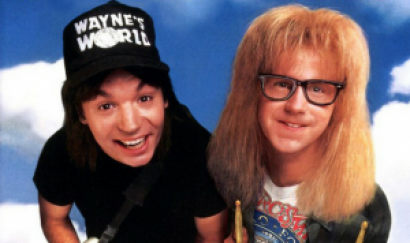 Wayne is still living at home and can’t seem to hold a steady job, but he does have his own public-access TV show.. A local station spots the show and decides to hire Wayne and his sidekick, Garth, to do their show professionally, but the two men find that the nature of their show changes with all of the studio’s red tape and product placements. Wayne falls for a bass guitarist and uses his contacts to help her career along, knowing that Ben Oliver, the sleazy advertising guy who is ruining their show, will probably take her away from him if they fail.