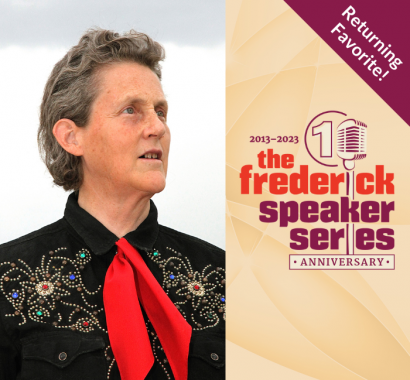 Diagnosed with autism as a child, Dr. Temple Grandin did not speak until she was nearly four years old. Fortunately, her mother defied the advice of the doctors and kept her out of an institution. Though life was hard, her formative years gave way to studies in animal science and a career in the livestock industry. Today, half of the cattle in the United States are handled in facilities she designed. She has consulted with organizations like McDonald’s on animal welfare guidelines, and has received numerous prestigious awards, in addition to a 2011 TIME Magazine “100 Most Influential People” designation. She has authored multiple bestselling books, including “The Way I See It” and “Thinking in Pictures.” In 2010, an Emmy and Golden Globe award-winning HBO movie was made about her life and career. A past board member for the Autism Society of America, she travels the globe lecturing to parents and teachers on her experiences with autism.

Temple is an extreme visual thinker, and all of her thoughts are in pictures.  This helped her understand animals because they live in a sensory based world.  There are other individuals on the autism spectrum who are math pattern thinkers. Temple will discuss how different types of minds working together can solve problems with technology in the future.