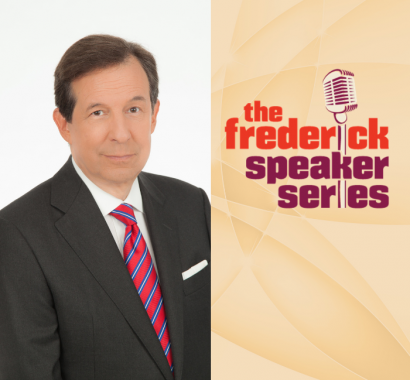 As one of the country’s most respected journalists, Chris Wallace delivers today’s top news issues with the individual and the industry in mind. His thorough presentation of the facts leaves audiences with knowledge that will prepare them for the ever-changing political landscape. Over his decades-long journalism career, he has reported from the ABC News desk as the senior correspondent for Primetime and 20/20 and was an anchor on the longest running show on television, NBC News’ Meet the Press. In addition, Chris is the author of the best-seller Character: Profiles in Presidential Courage and recently published Countdown 1945. Further, he has won every major broadcast news award, including three Emmys, the Peabody Award, and the Dupont-Columbia Silver Baton Award. Chris has also been highly praised for his outstanding performances as he moderated the final presidential debates between Hilary Clinton and Donald Trump in 2016 and between Joe Biden and Donald Trump in 2020. With dedication, determination, and dignity, Chris holds the audience’s interest on current events and political affairs, including the impact the role of the media and the influence of technology has on the presidency and what constituents can expect during the Biden administration.

A separately ticketed meet-and-greet reception will take place immediately following the event.  For an additional $75 you can meet the speaker for a photo opportunity, a signing opportunity (whenever possible), and light hors d’oeuvres and refreshments. All proceeds from the meet-and-greet reception will benefit children’s programs at Frederick County Public Libraries.