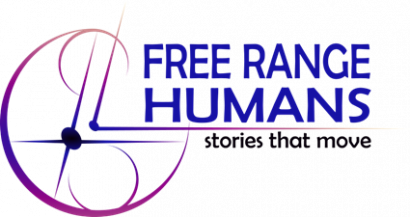 A steamy narrative exploring complications of love, compromises we make, and betrayals that undo us, MURDER BALLAD centers around Sara, a young New Yorker who is torn between her dangerous ex-boyfriend and her reliable husband. Led by a sexy bartender who serves as the show’s narrator, MURDER BALLAD explores the passions and consequences of the electrifying but doomed love triangle with vibrant pop-rock tunes.

Lucas says, “Every time I walk into an interesting place, I daydream a bit about what I might do there—what story might suit it and how I might amplify its inherent magic. Free Range Humans is that impulse combined with a production company, where my venue is all of Frederick County.”

Elizabeth Lucas most recently served as the Creative Director of New Spire Arts, launching the new performing arts venue and education facility in downtown Frederick, MD. She is an award-winning stage and film director hailing from NYC, where she made three feature films and was a Founding Producer of the New York Musical Theatre Festival.

Set in a bar, MURDER BALLAD is being presented in partnership with McClintock Distillery, a unique and historic downtown Frederick locale right on Carroll Creek. McClintock Distillery Co-Founder Braeden Bumpers is enthusiastic: “We are excited to host this fun show and we always strive to support the incredible art scene in our wonderful town.”

Free Range Humans has several other projects in development, including an augmented reality history piece, a story-driven art installation, and additional site-specific musicals. Lucas says, “I’m intrigued by the story possibilities of augmented and virtual reality. There are some amazing tools under development and nobody has really figured out how to use them to bring people together around impactful stories.”

An Off-Broadway sensation, MURDER BALLAD was conceived by Julia Jordan, who is a Jonathan Larson Award-winner and two-time Susan Smith Blackburn Prize finalist. Book and lyrics are by Jordan and music and lyrics are by indie rock singer/songwriter, Juliana Nash, of the band Talking to Animals. This production will be directed by Lucas and music directed by Marci Shegogue.

The rock musical is sung-through, with an intimate cast of two men and two women, all of whom equally carry the challenging rock score. Music Director Marci Shegogue, who has hundreds of credits across the DMV region, leads the live band. Shegogue says, “We’re digging deep to find four incredible singers to rock out this material, supported by a killer professional band.”

Auditions will be held May 8 and 9 at New Spire Spaces, 115 E Church St, Frederick, MD. Actors may sign up for an appointment at experience-human.com/auditions/.