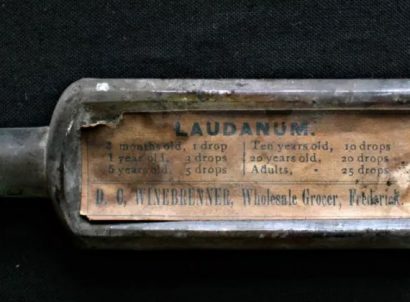 Jonathan Jones will discuss his research on a Civil War-era opiate addiction epidemic and physicians’ responses to it during the late nineteenth century at the National Museum of Civil War Medicine on Saturday, December 16, 2017 at 2:30 PM.

From the Civil War until the 1880s, opiate addiction among Union and Confederate veterans reached epidemic levels. Responding to a public health crisis that threatened both their patients’ health and their own professional credibility, Civil War-era physicians grappled in myriad ways with opiate addiction among veterans. During these years practically all doctors’ eyes, ranging from familiar characters like S. Weir Mitchell and Jacob Mendes Da Costa down to the virtually unknown “country doctors” in places ranging from Maine to Texas, collectively turned their attention to the Civil War-era opiate addiction epidemic.

Jonathan Jones is a PhD candidate with the History Department at Binghamton University. Over the last two years he has produced several tours, talks, interviews, and publications regarding Civil War veterans as they dealt with health complications after the war.

This presentation is part of the 2017 Young Historians Series at the National Museum of Civil War Medicine. This series of presentations spotlights emerging scholars and their research into the field of the Civil War and Civil War medicine. They will take place in the Delaplaine-Randall Conference Room and are included with admission to Museum and are free to NMCWM members.

Included with admission to the museum, Free for NMCWM members