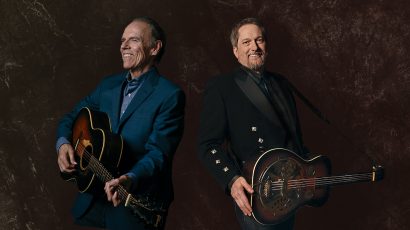 Multi-Grammy award winning blues rocker John Hiatt (“Have a Little Faith in Me,” “Slow Turning”) and acclaimed bluegrass singer-songwriter Jerry Douglas (“Gone to Fortingall”) join forces to perform the greatest hits from their distinguished careers and music from their upcoming release Leftover Feelings.

“All the Lilacs in Ohio” is the first video released from John Hiatt with The Jerry Douglas Band’s forthcoming album, Leftover Feelings, available May 21, 2021. This project and video were recorded in Historic RCA Studio B, continuing the studio’s legacy as a “temple of sound,” and creating documentary resources for use by the nonprofit Country Music Hall of Fame® and Museum. These educational materials showcase recording methods reminiscent of those practiced in the 1950s and 60s, with Hiatt, Douglas and band members making and recording music in real time by listening to each other and emotionally reacting through their spontaneous performances.