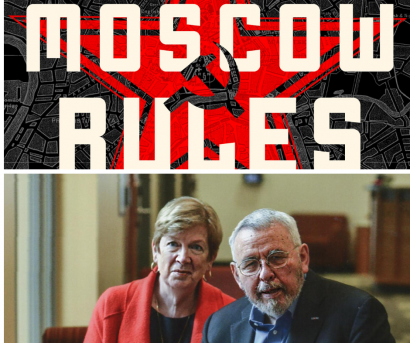 Join us at C. Burr Artz Library Community Room as Jonna Mendez discusses The Moscow Rules: The Secret CIA Tactics That Helped America Win the Cold War, the book she co-wrote with her late husband Antonio (Tony) Mendez. Tony, perhaps best known from his book-turned-film Argo, was one of the most celebrated officers in CIA history. After his death in January 2019, the CIA publicly recognized his service–something rarely done for departed agents. The Moscow Rules is his last book with his beloved wife Jonna, a former Chief of Disguise with 25-plus years in the CIA. Tony and Jonna lived in Knoxville, Maryland.

Books will be available for purchase and signing at the event. Presented in partnership with Frederick County Public Libraries. Event is free and open to the public.