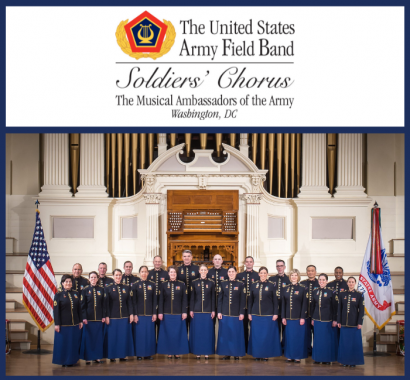 THIS IS A FREE EVENT. TICKETS ARE REQUIRED

The Soldiers’ Chorus has collaborated with the Boston Pops, the Cincinnati Pops, and the Atlanta, Dallas, Detroit, Nashville, and National symphony orchestras. The ensemble is a mainstay of PBS’s annual National Memorial Day Concert and has performed for the state funerals of Presidents Ronald Reagan and Gerald Ford.