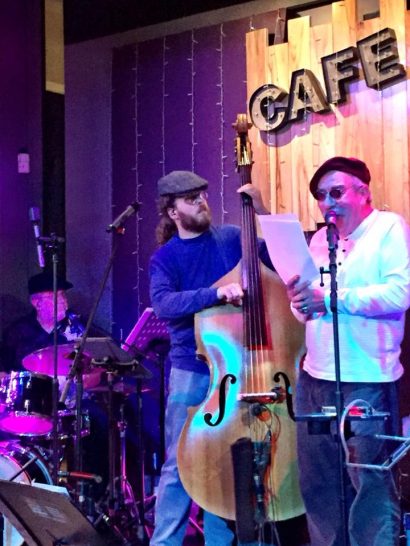 Sky Stage’s Literature Series continues on 2nd Wednesdays with varied host groups, from May-October 2019. Join us for prose and poetry readings by regional writers under the stars, often followed by open mic readings. Test out your latest writing efforts with a supportive audience. Check the Facebook event for up to date information.

Note: Sky Stage is an all-ages venue. Beer/wine available for purchase to those over 21 with valid ID.

Roderick Deacey is the resident poet for The Harried Americans Roadshow and often appears in SAW (Songwriters Association of Washington) shows at Café Montmartre at Lake Anne Plaza in Reston.

Sept–Hosted by the Frederick Chapter of Maryland Writers’ Association