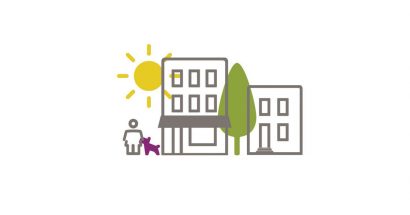 This year’s symposium will include a keynote address by Anirban Basu, Chairman & CEO of Sage Policy Group in Baltimore, MD. All interested parties are welcome and invited to attend. The symposium is free to attend but advance registration is required. Register online at livedowntown.eventbrite.com.

The morning will begin with a continental breakfast and networking from 7:30AM to 8:00AM. Anirban Basu’s presentation, titled “To All the Economists I’ve Loved Before,” will begin at 8:00AM. He will place Downtown Frederick in a larger economic context and address how smaller downtowns are being impacted by residential trends, changes that are happening in cities that are similar to Downtown Frederick, who wants to live in downtown and how this impacts the type of housing units offered and the economic impact of downtown residents.  Click here to view Anirban Basu’s full bio.

The 2019 Live Downtown Frederick Housing Symposium is made possible by support from Linowes and Blocher Attorneys At Law.

MORE ABOUT THE PARTNERSHIP

Founded in 1990 as a 501(c) 3 nonprofit organization, Downtown Frederick Partnership works to enhance, promote and preserve the vitality and economic viability of Downtown Frederick by implementing the national Main Street Program for the benefit of Frederick businesses, residents and visitors.

Working with business and community leaders, the Partnership oversees the work of four active committees including: the Business Development Committee which works to support existing businesses and recruit new businesses where necessary, the Design Committee which focuses on the downtown streetscape, policy advocacy and long-term planning, the Organization Committee which raises funds as well as recruits and thanks volunteers and the Promotion Committee which promotes, programs and brands Downtown Frederick.