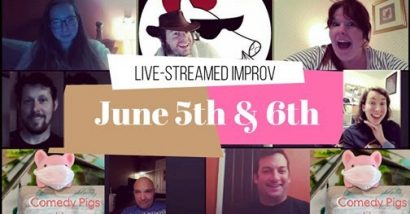 This Friday and Saturday at 9 pm, The Comedy Pigs keep the laughs coming with their first-ever virtual improv show! Performing for over 26 years, The Comedy Pigs are the region’s longest-running improv troupe, and they’re ready for another great weekend of improv. Join them for two hilarious shows filled with some new short-form improv games.

The stream is free for all to attend, recommended ages 15 and up.