Musical Thrones: A Parody of Ice and Fire 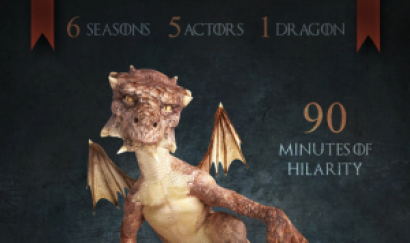 Six seasons. Five actors. One dragon. Bloodthirsty musical theater comics leave no joke unturned in this hysterical parody of HBO’s “Game of Thrones!” From the crazed creators behind the Off-Broadway hit “Silence! The Musical” comes a sidesplitting theatrical send-up of your favorite and most despised characters. Sing and dance along with Daenerys, Tyrion, Joffrey, and more on a journey rife with (admittedly hilarious) violence, power struggles, manipulation, and – what else? – sex.