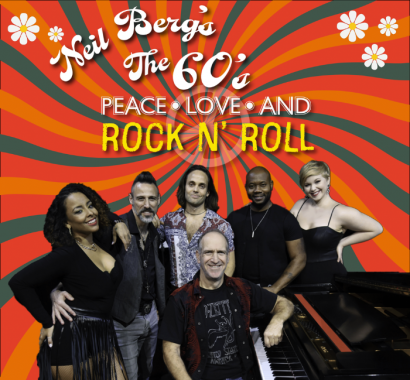 Relive the greatest decade of rock and roll – the 60’s! The counterculture movement of the 1960’s became synonymous with the most iconic music of all time. This powerhouse concert event includes the songs and stories of many of the artists of the era including: Beach Boys, Beatles, Rolling Stones, Janis Joplin, Jimi Hendrix, Aretha Franklin, The Doors, James Brown and many others. The “Woodstock Era” defined a generation of music, in a world that was rapidly changing. Under the direction of Producer, Arranger, Neil Berg, get ready for two hours of peace, love and rock n’ roll!