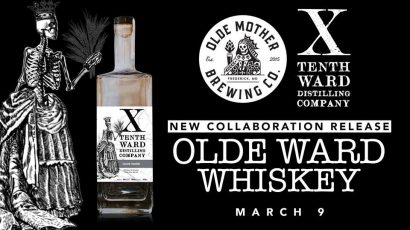 This one time collab has heavy orange citrus on the nose followed by yummy notes of malt, oak and candied figs. And on the taste it’s pretty much an Old Fashioned in a bottle! With bold citrus notes, hints of chocolate, vanilla oak and cloves.

Pick up a bottle of this very LIMITED release at Tenth Ward’s tasting room and make sure to visit Olde Mother for their Matriarch Imperial Stout release that went into the same barrel!