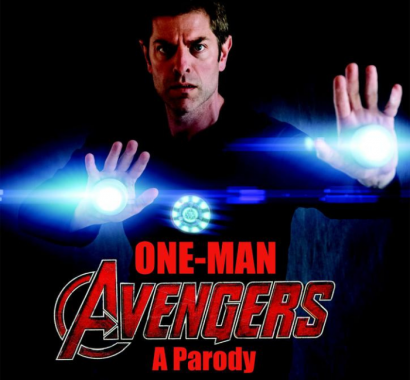 Portraying Iron Man’ armor, Cap’s shield, Hulk’s rage, Thor’s biceps and Thanos’ chin, artist Charlie Ross brings a new take on The Avengers with his one-man show. With contagious energy and a combined plot from some of your favorite Marvel films, One-Man Avengers will amaze and entertain you. With frenetic energy and power-packed parody, Ross has created a spot-on send up of a whole universe of favorite films … and loaded it into a hilarious solo show. It’s “Nerd heaven,” said the Chicago Tribune, and fortified with “nuclear levels of energy,” according to Variety. Imagine getting a blow-by-blow recap of a really fun movie from your best friend. Now scrap that and imagine your best friend is truly hilarious and can channel dozens of characters at once. You won’t believe what you’re about to see!