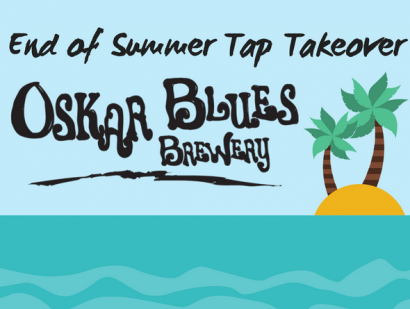 We hope you’re ready for one last party, because JoJo’s is having an end of summer tap takeover that you’re not going to want to miss!

Join us from 7-10pm on Thursday August 23rd while we sip on some Oskar Blues brews and reminisce about the summer. Bring a friend and drink up, because we’re also going to be giving away a brand new YETI COOLER during the event!

$1 off all featured drafts during the event