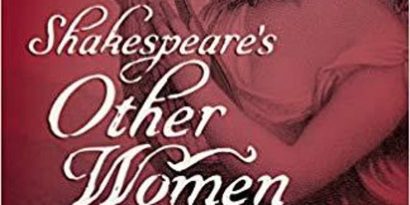 Shakespeare’s Other Women: A New Anthology of Monologues
By Scott Kaiser

It’s 1623. Shakespeare’s editors John Heminges and Henry Condell have finally finished assembling the Bard’s Complete Works. But what to do with the surplus materials? Especially the unused women’s speeches? Shakespeare’s Other Women puts a spotlight on the women in Shakespeare who deserved to have more stage time, or even plays of their own.

Featuring 13 who inhabit dozens of strong characters drawn from Shakespeare, history, and mythology.

Author SCOTT KAISER is a nationally recognized master teacher of acting and voice, as well as a director, playwright, and author. For 28 seasons, Scott served as a member of the artistic staff at the Oregon Shakespeare Festival in Ashland, where he directed, adapted, coached, or performed in all 38 of Shakespeare’s plays. Scott is the author of four books on Shakespeare: Have Shakespeare, Will Travel; The Tao of Shakespeare; Shakespeare’s Wordcraft; and Mastering Shakespeare. He has also penned several other original plays, including Falstaff in Love, Love’s Labor’s Won, Now This, Splittin’ the Raft, and Shakespeare’s Other Women: A New Anthology of Monologues. Find out more at: kaisershakespeare.com.