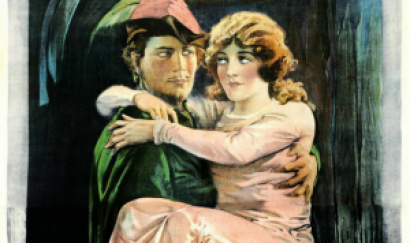 Starring John Barrymore, this film was lost for over 40 years until a copy was rediscovered in the late 1960s. Featuring live accompaniment on the mighty Wurlitzer organ!

In the 1400s, François Villon grows up to be a renowned French poet, patriot, and notorious mischief-maker. During the revels of All Fools Day, he insults Duke Charles of Burgundy, for which King Louis XI banishes François from Paris. In exile, François looks for ways to protect France from the Duke’s plots. When Charles plans to have one of his associates marry the king’s ward Charlotte, François successfully disrupts the engagement, but is henceforth sentenced to death. Ever the schemer, François finds a way to exploit Louis’s superstitious nature long enough to give him another chance to serve France, while simultaneously seeking Charlotte’s hand.