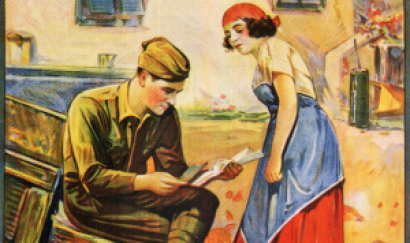 An early cinematic depiction of war that influenced a number of subsequent films, including “All Quiet on the Western Front.” Featuring live accompaniment on the mighty Wurlitzer organ!

The idle son of a rich businessman joins the army when the U.S.A. enters World War I. His upbringing and way of life is challenged when he is sent to France, where he befriends two working-class soldiers. Along the way, he falls for a Frenchwoman, and is ultimately torn between duty and love.