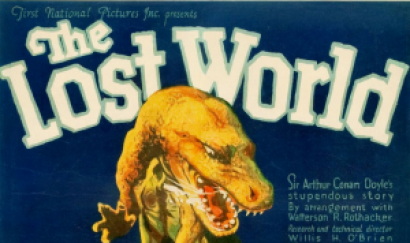 Due to his recent outlandish claims that dinosaurs still exist in the far reaches of the Amazon, explorer and professor Challenger is the laughing stock of the London press. Newspaper reporter Edward Malone learns that this claim originates from a diary given to him by fellow explorer Maple White’s daughter, Paula. Malone’s paper funds an expedition to rescue Maple White, who has been stranded at the top of a high plateau. Joined by renowned hunter John Roxton, among others, the group travels to South America, where they do indeed find a plateau inhabited by prehistoric creatures.