The High & Wides at Blue Side 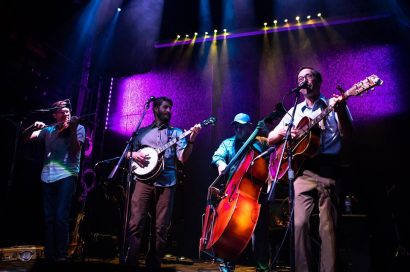 The High and Wides draw from their members’ extensive backgrounds in bluegrass to take the music to a place of their own, while drawing from the pre-bluegrass era when the seeds of bluegrass, country, rock’n’roll, and western swing blended freely under the header “hillbilly music”. Their 2018 debut album, “Lifted”, reached #10 on Billboard’s bluegrass chart and was called “quietly revolutionary” in No Depression magazine.
Mr. Nate Clendenen will also be bringing his estimable talents to bear on the evening with a solo set or two between High & Wides sets.
$5 cover