Between the Lines @ TAG/The Artists Gallery 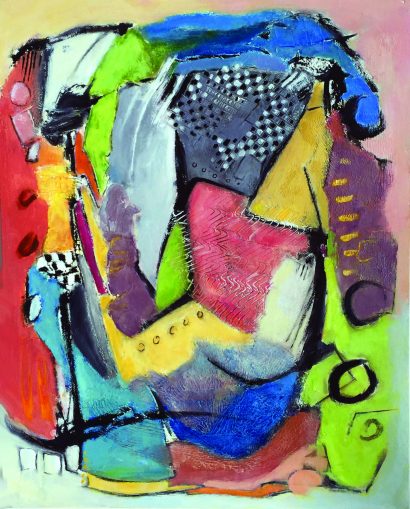 Sarah Higgins is June’s featured artist at TAG/The Artists Gallery. Her show, “Between the Lines” features an exploration of color and texture, separated by black lines.

“The lines are random and spontaneous but then the problem solving (and fun) begins,” says Higgins. “Shapes are formed, texture is added and color choices are made. I began introducing texture to the paintings to break up the color and to add dimension to the otherwise flat panel. As a past ceramist my pull toward adding relief to my paintings was too hard to resist. While the black lines separate, they also bring all the elements together creating a cohesive design.

Join us for an opening reception during First Saturday from 4pm-8pm, Gallery Hours 12pm-8pm Fridays and Saturdays, 12pm-4pm on Sundays.