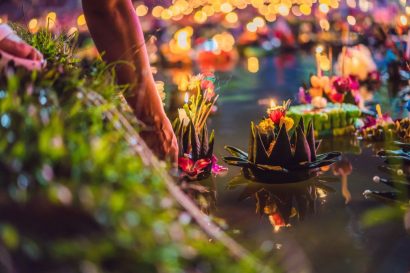 Make and float a “Krathong” in Carroll Creek

Loy Krathong is one of the most popular festivals of Thailand, celebrated annually during the full moon of the twelfth lunar month. It takes place as the rainy season ends and there is a high water level all over the country. “Loy” means “to float” and a “Krathong” is a lotus-shaped vessel made of banana leaves. The Krathong usually contains a candle, three joss-sticks, some flowers and coins.

On November First Saturday, you can make your own Krathong with the help of the Thai3C team from 4-6pm at Carroll Creek Trellis. Then, we’ll float them down the creek starting at 6pm. Also, enjoy music and cultural stories by Todd Tongdee and Dee Kranum. 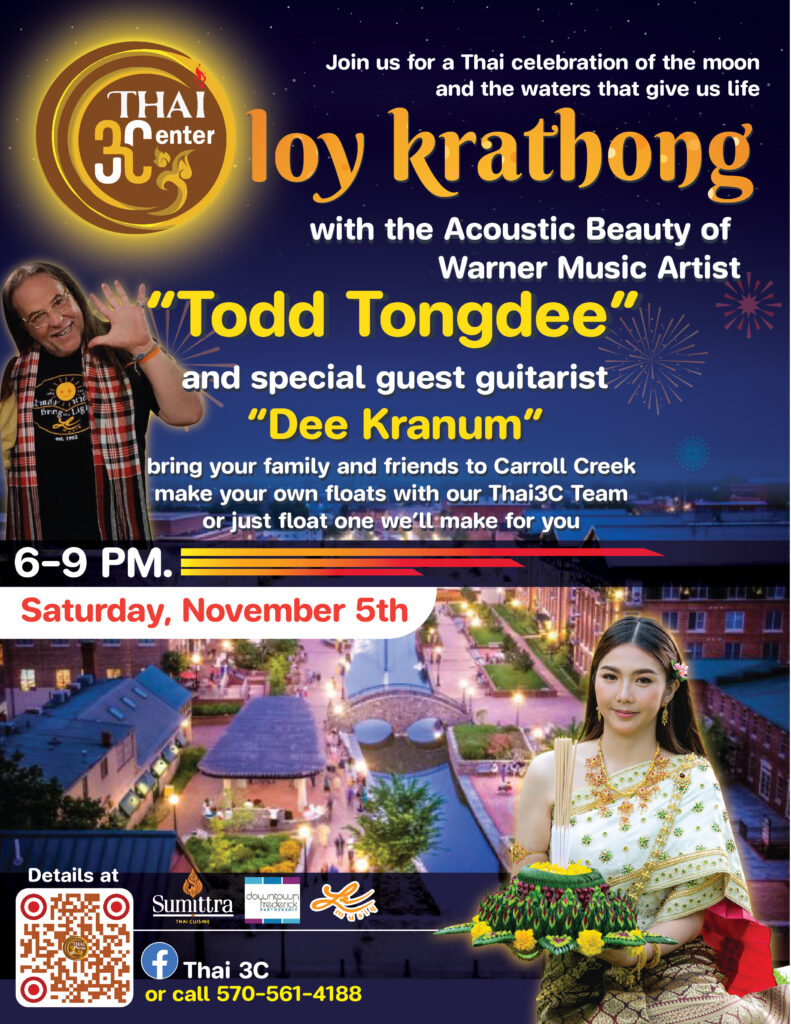 More about the Loy Krathong Festival in Thailand:

The festival is of Brahmin origin in which people offer thanks to the Goddess of the water. The festival starts in the evening when there is a full moon in the sky. People of all walks of life carry their Krathongs to the nearby rivers. Thus, by moonlight, people light the candles and joss sticks (incense) on the Krathongs, make a wish, and launch their Krathongs on canals, rivers or even small ponds. It is believed that the Krathongs carry away sins and bad luck, and the wishes that have been made for the new year start. Indeed, it is the time to be joyful and happy as the sufferings are floated away.

A beauty queen contest, called “The Noppamas Queen Contest,” is an important part of the festival. Noppamas is a legendary figure from the Sukhothai period. Old documents refer to her as the chief royal consort of a Sukhothai King named “Lithai.” Noppamas was said to have made the first decorated Krathong to float in the river on the occasion.